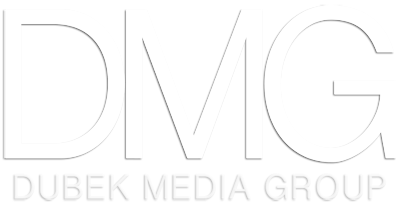 We are an award winning, full service video production and media training company helping our clients tell their best stories since 2008. Dubek Media Group President Rich Dubek is a two-time Emmy winning television news reporter and currently a freelance reporter/producer for network news clients like NBC News and the Today Show. When you hire DMG for your video production, Rich is your personal producer. When you hire DMG for media training, Rich is your personal trainer.

Prior to network news, Rich spent twenty years reporting in Phoenix and Tucson. As Senior News Reporter at the number one NBC station in Phoenix, Rich reported on some of the biggest news stories in Arizona history including the Rodeo-Chediski Fire, the hit and run Trial of Bishop Thomas O’Brien, and the police pursuit of the men known as the Serial Shooters and the Baseline Killer. In fact, Rich broke the national story that the serial shooters had been arrested. His series of stories on the car accident of Jessie Ramirez changed right to life laws in Arizona with a new law on the books, known as Jessie’s Law. The Ramirez family credits Rich and these stories for saving Jessie’s life. Rich has won numerous reporting awards, including two Rocky Mountain Emmy wins, five Emmy Nominations, and two Associated Press Awards.

In 2015, AZ Freelance TV changed its name to the Dubek Media Group, or DMG. Today, we are one of the premier video production and media training companies in the country with a long list of clients in Arizona, the southwest, and nationwide.

Our award winning video teams specialize in creating high quality corporate, web and government videos (click here to see some of our videos). Each member of our team is an award winning photographer or video editor with previous experience in TV news. We intentionally work with those with TV news backgrounds because we believe they are the  best video story-tellers in the industry.

Rich Dubek is also one of the premier media trainers in the world and one of the few actively working in television network news. His clients over the years have included three gubernatorial candidates, the federal government, Arizona state government, athletes, dozens of CEO’s, doctors, celebrities, various spokespersons and many non-profits.

The Dubek Media Group is based in Tempe, Arizona.